Join the fabric & flowers newsletter for the latest news, tips and offers!
0shares

Oh my! And what a weekend it was…..I don’t even know where to start!

As predicted I was waaaaay too over-excited and I think I spent most of the weekend speaking way too fast and having to repeat myself at a much slower pace, but by Sunday I had actually started to calm down! Apologies to anyone who nodded their head politely at me but didn’t really know what I was talking about…..

I met so many amazing people – it was especially great to finally meet Sarah, my roommate for the weekend, and a lot of my Siblings Together bee mates, including Jo who made a special trip up on Saturday night.  And yet I also seem to miss lots of people too which I didn’t realise until I got home: a testament to how crazy busy the weekend was.

The classes were brilliant – Kerry was fab (and wore some of her amazing clothes on each day – I so want her wardrobe!) and I’ve almost finished my PJ pants so will be able to post them in a few days. I even managed to sew them on this tiny little machine (I bought it for Little Girl and borrowed it for the weekend as it was a lot easier to take to London!) 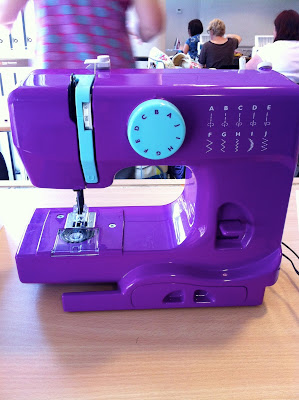 The highlight class for me was Lu’s Improv class on Saturday morning – I knew that it would be out of my comfort zone and didn’t expected to love it as much as I did. I used a charm pack which I had at home, mixed in with a few solids but really loved the ones that were done with solids mixed in with a few prints. I was so engrossed in what I was doing that I stayed an extra hour to get my block done, and am going to turn it into a cushion for Little Girl (she’s already passed approval on the colours!)

My table-top sessions were both with Mandy – hand quilting and needle-turn applique – both of which I really enjoyed, and techniques that I plan to include in my future makes. We also got to ogle Mandy’s Green Tea & Sweet Beans quilt at the same time which is stunning and inspiring (and going on my bucket list of ‘one day’ quilts!)

And then there was my fab swap group – Krista, Jo and Diane – where I was lucky enough to be given the cutest doll, decorative tape measure and cosmetic bag.

Saturday night was market night where I confess to indulging in a little retail therapy (honestly, I was very restrained!), a lot of it inspired by Lu’s Improv Class and included a pre-order of her new book.

There was also a raffle which included some fabulous prizes – I was lucky enough to win a jelly roll of Comma, and there were a few lucky people who won 32 FQ’s of Liberty (yep, you read that right! Some of them were nearly mugged I think!!!!) and others who won boxes of Aurifil. Together with the goody-bag we got on arrival I came home with quite a haul! 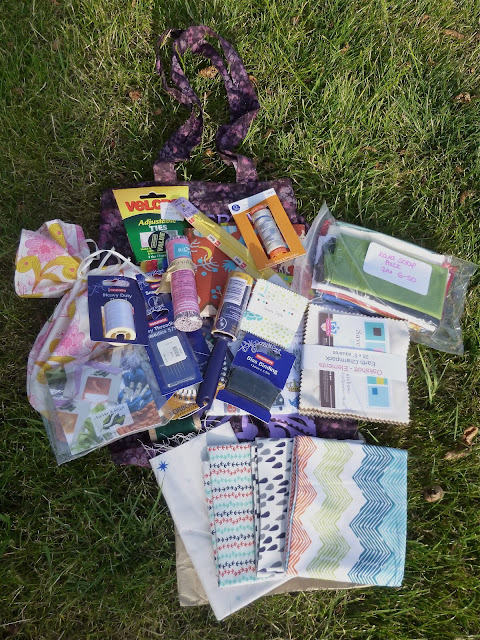 It’s difficult to describe just how much fun I had meeting so many inspiring and lovely people as well as learning new things – my mind has been buzzing ever since I got back, although the reality of going straight into the summer holidays and starting potty training has bought me down to earth with somewhat of a BuMp!!!

I’ve already told Mr f&f that I’d like to go again next year…….